Also, there is a bonus CD with remixes done by others see this page for details. Read the report here in German. Watch the interview with Harald by Stefan Erbe: Read the full review here in German only. 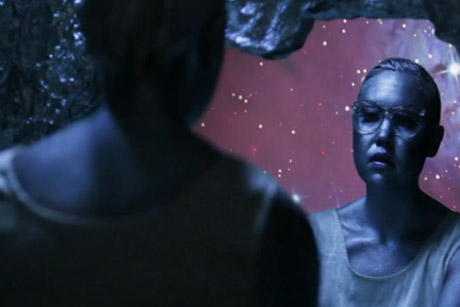 Review by Ricochet Special Collaborator Honorary Collaborator Thanks to one thing he's best at and two artists he collaborated with in a major way, Harald Grosskopf is one of the fine percussionists in the classic length and impact of electronic music - and the first to ever combine dubs between rhythms and synthesizers, as a soloist drummer and in his solo music, from what the bio here points out with precision.

His spirit would effortlessly be the mask of a musician that's representative to the German electro-rock movement, if only we wouldn't cautiously prefer not to rise him up such subjective scales. In the same way, we would name him very easily one of the fantastic drummers and percussionists of the classic decade, if only the entire vast period of kraut, electro-kraut then finally electro rock wouldn't be absolutely rich in icons and excellent musicians, including drummers and rhythmicists plus, Grosskopf didn't impressively appear in many bands of the early years.

On a personal note, but also by some of his solo music, Grosskopf seems and in the end is an enjoyable and crafted musician, open-minded at least to when drumming and the fusion of electronic dynamics can have their idle succulence.

Grosskopf does make music as an individual artist, at least in albums such as this Synthesist, but also follows the strict principles that, mostly, were handled by Ashra to a point. Synthesist's narrow edge is that it lacks originality, yet it finds an almost natural freshness, sticking to light-synth music and even dowsing the drum-bomb that could easily make up a heat, nonetheless creating a gentle, successful, admirably essential and recommended work; mainly for altruists listeners, but eventually for soft-boiled critics and great fans of this sort of fusion as well.

Synthesist also rhymes with sequential here on, where Grosskopf's powerful pleasure goes deep into dynamic, fizzing electronic compositions, the combination of fairy melodies, cycling keyboard sounds and last but not least the percussion infusion being probably dubbed over several rehearsals and synchronized recordings.

The taste of these tracks flows exactly like Ashra's un-sensational, but intense and cheerful glimpses a la Correlations or a bit of un-fluesy Belle Alliance.

The soil for this style is nowhere near rich, but it's no pop or grease either, Grosskopf preferring at any time an ambitious and curios dance over fine art or complex looping. On some moment, the drumming is convincingly superior, alternating upwards to some Nietzsche fast taps, or downwards to a split end of lite-disco.

The contrast is set by focusing entirely on keyboards and organs B. Adrian, Traumathe result being nothing but ambient, lofty and un-smashing, but yet again enjoyable and un-superficial. For how nice it sounds and how ideal it's worked, Synthesist is probably Grosskopf's finest and is a real treat above a normal session of synth-sequence music.

Of all the albums to emerge from the Berlin scene in that era, it doesn't seem as totemic nor as dynamic nor as visionary as that of its ashio-midori.com: Andy Beta.

Synthesist is a continuation of the first solo album of Grosskopf released in , simply entitled; Synthesist.

Except that Synthesist is not a reprise of the original work. Only a work which complements the evolution of Grosskopf over the years and his fellowships with various groups (Sunya Beat, Ashra, Wallenstein to name but a few).