Much of the differences came from social or cultural aspects of the daily lives. The main difference in the painting techniques in representing the human figure is the use of lines, proportion, depiction of motion, and social use. 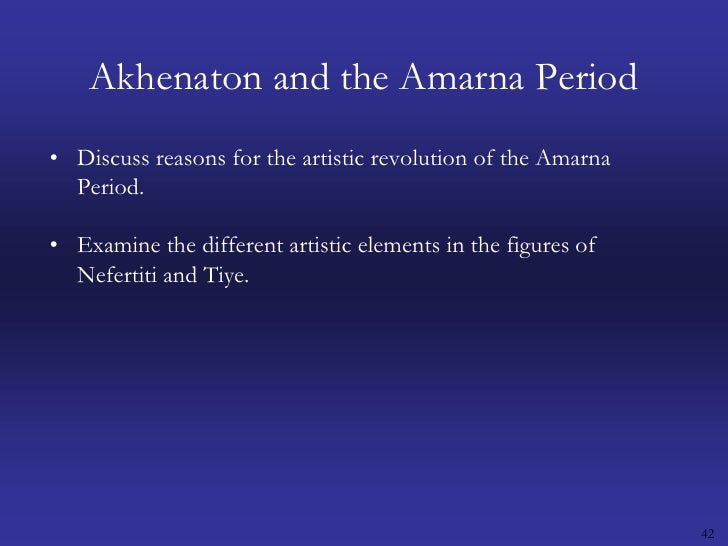 Arses Darius III Codomannus Little survives of the reliefs that decorated the royal temples of the early 5th Dynasty, but from the funerary temple of the first king, Userkaf, c. The air above the graceful heads of the papyrus reeds is alive with birds, and the delicate carving makes them easily distinguishable even without the addition of colour.

A hoopoe, ibis, kingfisher, and heron are unmistakable, and a large butterfly hovering above provides the final touch. Low Relief The tradition of finely detailed decoration in low relief, the figures standing out slightly above the background, continued through the 6th-Dynasty and into the Middle Kingdom, when it was particularly used for royal monuments.

Few fragments of these remain, but the hieroglyphs carved on the little chapel of Sesostris I, now reconstructed at Karnak, show the sure and delicate touch of master craftsmen. During the late Old Kingdom, low relief was combined with other techniques such as incision, in which lines were simply cut into the stone, especially in non-royal monuments, and the result is often artistically very pleasing.

The limestone funerary stela of Neankhteti, c. The major part of the stela, the figure and the horizontal inscription above it, is in low relief, but an incised vertical panel of hieroglyphs repeats his name with another title, and the symbol for scribe, the palette and pen, needed for the beginning of both lines, is used only once, at the point at which the lines intersect.

The result is a perfectly balanced design, and a welcome variation in the types of stelae carved during the Old Kingdom. The figures of three standing officials and the hieroglyphic signs have been crisply incised into the hard red granite.

Originally the signs and figures would have been filled with blue pigment, to contrast sharply with the polished red surface of the stone.

Sunk Relief During the Middle Kingdom the use of sunk relief came into fashion, and in the 18th and early 19th Dynasties it was employed to great effect. The background was not cut away as in low relief to leave the figures standing above the level of the rest of the surface.

Instead the relief design was cut down into the smoothed surface of the stone. In the strong Egyptian sunlight the carved detail would stand out well, but the sunk relief was better protected from the weather and was therefore more durable.

Egyptian Painting Painting in ancient Egypt followed a similar pattern to the development of scenes in carved relief, and the two techniques were often combined.

The first examples of painting occur in the prehistoric period, in the patterns and scenes on pottery. We depend very much for our evidence on what has survived, and fragments are necessarily few because of the fragile nature of the medium.

Parts of two scenes depicting figures and boats are known, one on linen and one on a tomb wall. Panels of brightly coloured patterns survive on the walls of royal tombs of the 1st Dynasty, the patterns representing the mats and woven hangings that decorated the walls of large houses.

These patterns occur again and again throughout Egyptian history in many different ways. Some of the finest may be seen on the sides of the rectangular wooden coffins found in the tombs of Middle Kingdom nobles at Beni Hasan and elsewhere, c.

Egyptian Tomb Painting The earliest representational paintings in the unmistakable traditional Egyptian style date from the 3rd and 4th Dynasties. The most famous are probably the fragments from the tomb of Itet at Medum, c.

The geese, of several different species, stand rather stiffly among clumps of stylized vegetation, but the markings are carefully picked out, and the colours are natural and subtle. Throughout the Old Kingdom, paint was used to decorate and finish limestone reliefs, but during the 6th Dynasty painted scenes began to supersede relief in private tombs for economic reasons.

It was less expensive to commission scenes painted directly on walls of tombs, although their magic was just as effective. During the First Intermediate Period and the Middle Kingdom, the rectangular wooden coffins of nobles were often painted with elaborate care, turning them into real houses for the spirits of the dead.

Their exteriors bore inscriptions giving the names and titles of their owners, and invoking the pro-tection of various gods.

The remaining surface areas were covered with brightly painted panels imitating the walls of houses hung with woven mats, and incorporating windows and doors in complicated geometric patterns. Great attention was paid to the "false door" situated at the head end of the coffin through which the ka would be able to enter and leave as it pleased.

This panel always included the two sacred eyes of the falcon sky-god Horus, which would enable the dead to look out into the living world. The interior surfaces of the coffins were sometimes painted with the offerings made to the dead, ensuring that these would continue in the afterlife.

An offering table piled with bread, meat, and vegetables was the central feature. A list of ritual offerings was also important, and personal possessions such as weapons, staffs of office, pottery and stone vessels, and items of clothing were all shown in detail.

Headcloths were painted at the head end, and spare pairs of sandals at the feet. These coffins were placed in the small rock-cut chambers of Upper Egyptian tombs, where the stone is often too rough or crumbly to provide a good surface for painting. Fragments of painted murals do survive, however, and some tombs have lively scenes of hunting in the desert or of agricultural work.

Acute observation also produced unusual subjects such as men wrestling or boys playing games, shown in sequence like a series of stills from a moving film. Others are painted with outstanding skill. Part of a marsh scene in a tomb at Beni Hasan, c.

The frond-like leaves of the tree are delicately painted, and the birds, three shrikes, a hoopoe, and a redstart, are easily identifiable. Tomb painting really came into its own, however, during the New Kingdom, particularly in the tombs of the great necropolis at Thebes. Here the limestone was generally too poor and flaky for relief carving, but the surface could be plastered to provide a ground for the painter. 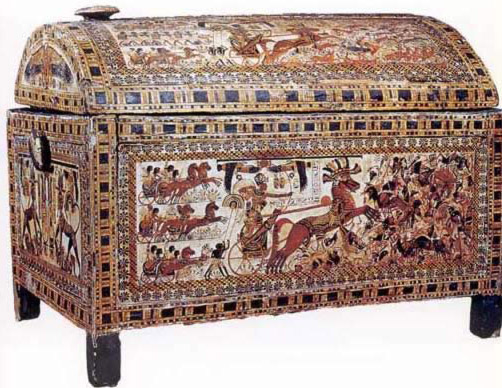 As always, the traditional conventions were observed, particularly in the formal scenes depicting the dead man where he appears larger than his family and companions.Art History >> Art history exam 1; Shared Flashcard Set.

Comparison and Contrasting of The Bull Leaping fresco of Crete with the Egyptian fresco of Nebamun, the Fowling Scene.

The Bull−leaping (Toreador Fresco) and The Fowling Scene frescoes have in common many of the same. Comparing Works of Art 4 Art Terms of the Renaissance alabaster – A fine-grained, slightly translucent stone with a smooth milk-white surface.

buon Toreador Fresco and the Egyptian Fowling Scene. The Toreador Fresco is a fresco depicting a bull-leaping ceremony. Fowling scene of Nebamun, ca. BCE. Fresco on dry plaster Flat No hierarchy of scale hieroglyphs opposite of paleolithic art where setting is ignored.

Minoan Pottery. ceramic pots, tentacles of octopus spread around pot "Toreador Fresco" (bull-leaping scene), Great . The Toreador Fresco depicts the Minoan ceremony of bull-leaping while the Fowling Scene is a tomb painting showing that Nebamun is enjoying himself in the afterlife.

Another difference would be that in the Toreador Fresco, the artist used curved lines to suggest the elasticity of the living and moving beings unlike the Fowling Scene where the.

Paintings from the Tomb-chapel of Nebamun (article) | Khan Academy